He was asked about how to attract more people to the province, and keep them here – something he says has been a great challenge.

Vickers says growing the province is critical, because we have an aging population, but he believes with the right type of promotion and programs, we can offer reimbursement on the condition newcomers stay for three to five years.

Tourism has been one of the hardest-hit industries due to Covid-19.

Vickers says, if elected, he will work with the federal government to access funding that will benefit tourism operators. 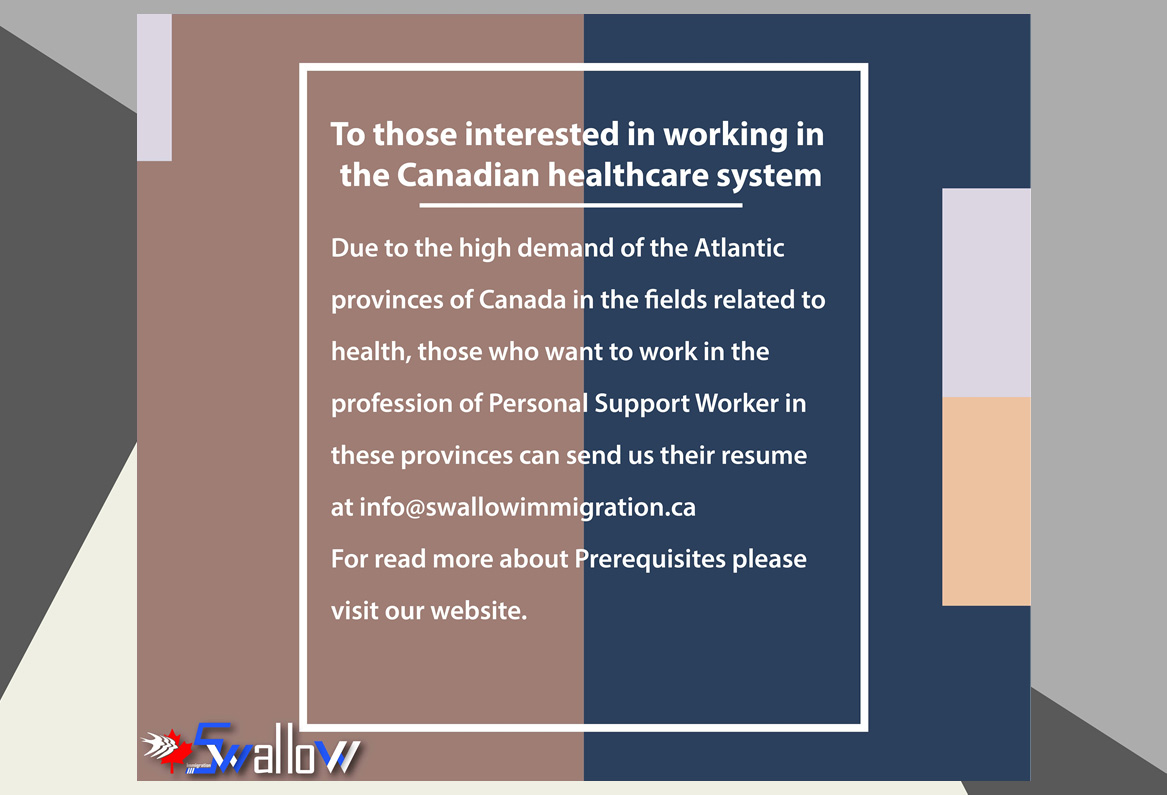 Working in the Canadian healthcare system

Due to the high demand of the Atlantic provinces of Canada in the fields related to health, those who want to work in the profession of Personal Support Worker in these provinces can send us their resume at info@swallowimmigration.ca 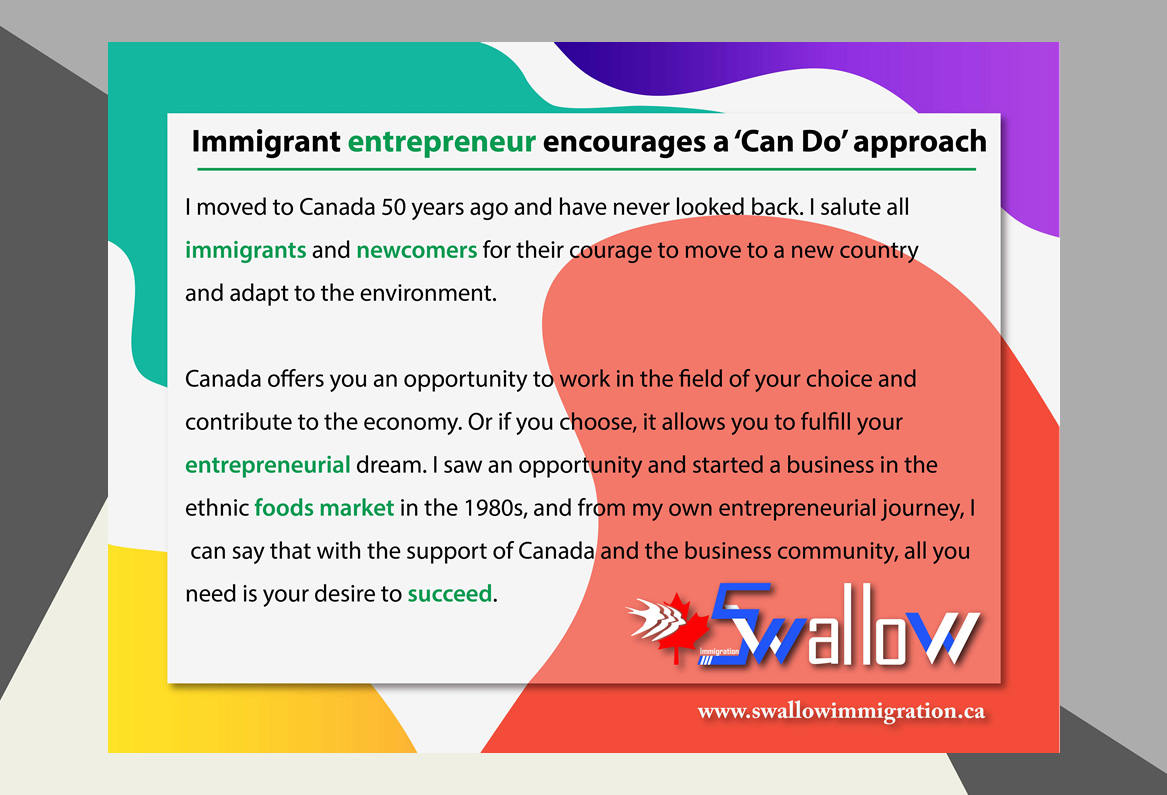 Immigrant entrepreneur encourages a ‘Can Do’ approach I moved to Canada 50 years ago and have never looked back. I salute all immigrants and newcomers for their courage to move to a new country and adapt to the environment.... 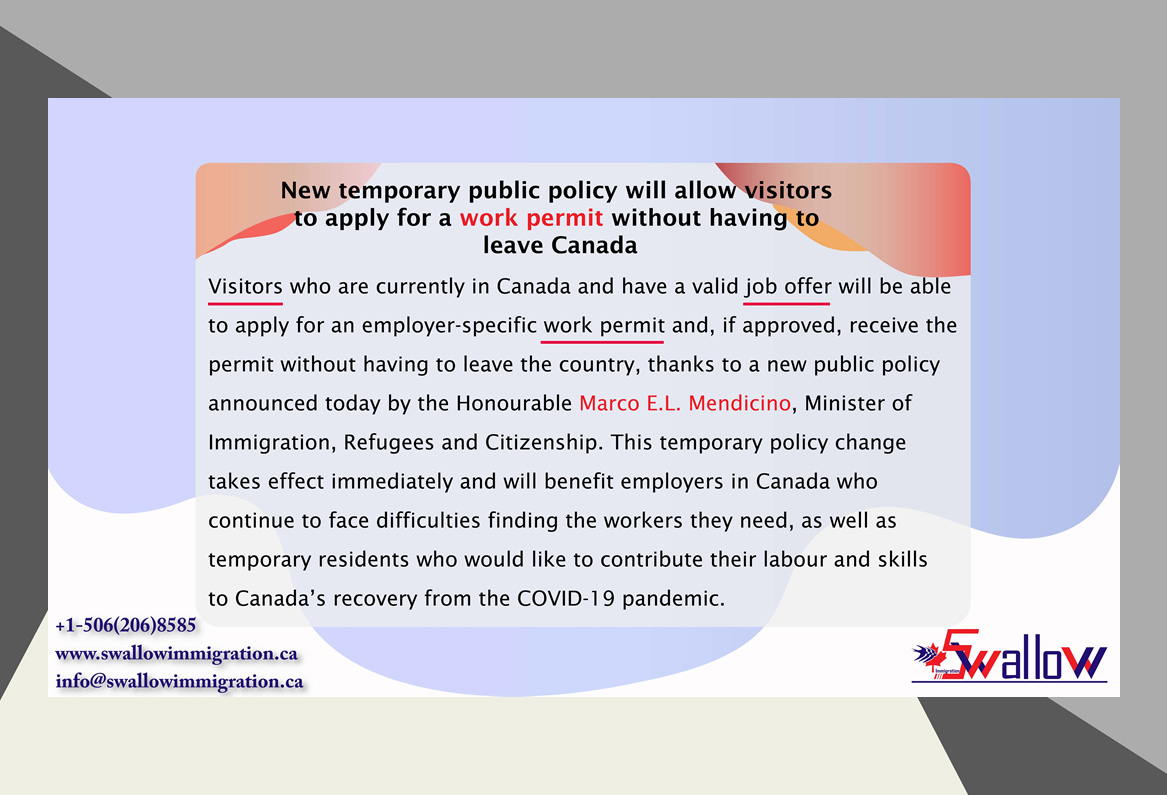 Visitors who are currently in Canada and have a valid job offer will be able to apply for an employer-specific work permit and, if approved, receive the permit without having to leave the country, thanks to a new public...